Another direction all together was Stand Up Comedy.  Jezter was asked to do a benefit with one of his bands, but none could do it.  So, he used a character he made up in Hollywood called ‘Merle Wilcox’ to do a stand up / improv harmonica routine.  He found a couple guys from a band that performed before his set that played bongos and guitar that backed him up.  He was the only comedy act of the day.  The ‘Merle Wilcox’ character also found himself in THE HILLNECK REDBILLIES from time to time and was even requested by some bars.  There also came the very first opportunity to do ‘Radio’, as he was asked to be on an internet radio show called ‘Jezter and the Dogg' on tapdetroit.com.  This was short lived, but it got him into doing some commercials for fun, as well as an invite on another show later, ‘Medical Mondays’.  He continues to support tapdetroit.com, and occasionally still appears on ‘Medical Mondays’.

This is actually a piece of the ‘puzzle’ that hasn’t been discussed throughout this biography, but it involves his beliefs outside of music and entertainment.  Jezter has been a big supporter of Hemp and Cannabis since college.  BUDDHA FULLA RYMEZ was actually a band that also supported Hemp and Cannabis and performed at Hash Bash, as well as a lot of High Times events at a place called Rainbow Farms Campground in Vandalia, MI.  Jezter was actually in High Times’ August 2002 issue in a picture on page thirteen, with BUDDHA FULLA RYMEZ at Ann Arbor’s Hash Bash.  But, the Hemp and Cannabis movement is another thing that ultimately changed a lot of things that we’ll get to later.

Then there was 2012.  Jezter, as well as many others worldwide, called this time ‘The Shift’.  Without getting into all of what that means here, it was basically a time when his thinking processes changed.  Things that seemed important before then weren’t quite as important after that.  So, back to music for a bit.  THE HILLNECK REDBILLIES played and performed for about two years, as well as once with THE HERMANNATORS out at a bar (THE HERMANNATORS would usually only play at closed corporate events).  SOOT also started performing from time to time again.  Eventually, Jezter started working on songs with other people not associated with bands just for fun.  There was also continued work with RED SNOW, as well as flying back and forth from Detroit to Hollywood for shows.  It then became time once again for Jezter to get back into voiceover, so he found a teacher in Michigan, Kate Hart, and took her class through michiganvoiceover.com.

The wheels were spinning, but the activist that started growing in THREE WORD CURSE and SOOT was now fully ‘rooted’ and action was taken as he walked out on his job at Ford Motor Company to help others and do the things he really loved to do.  This taking charge, as well as that 2012 shift, also moved him out of the city and back to the country in the middle of Michigan.  It also put an end to Ford for good.  Although it helped to do a lot of things, Ford ultimately ended up taking too much of his time.  Also, after multiple attempts to make a difference in the industry, Jezter said, “It became clear the company wasn’t going in a direction that would benefit mankind, but only enslave it further.”  After leaving Ford there was once again time for creativity.

It wasn’t long before Jezter was in the studio with his favorite engineer/producer, Kevin ‘Wes’ Williams, making music again for fun.  It started back again with RED SNOW, then to THE DETROIT BASS MACHINE, and on to some of the music started with people that weren’t in bands.  He also finished his Commercial Voiceover Demo with Kate Hart, which led to Jezter being asked to teach his first Voiceover Workshop for ‘Character Development’ through michiganvoiceover.com.  Now, fully armed with Animation and Commercial Voiceover Demos, a new avenue is opened and ready for travel.  The music will obviously continue, as now there is work being done on yet another SOOT Album with a new lineup; including previous drummer, Mike Scully, co-founder on guitar, Benjamin Woodside, Jezter on vocals, harmonica, and possibly violin, Jezter's nephew, Joe Preston, on Bass, and old friend from The Gruesomes (The Gruebles) / The Thirsties / The PMF, Adam Lacca, on second guitar.  This material is already showing progress and with the help of Kevin "Wes" Williams is sure to be another great release.  Stay Tuned!  No telling what could happen next!

THIS IS 46 YEARS OF JEZTER DETROIT!
And, it’s the Year of the Jezter!

I am an Entertainer here to spread Love and Positive Energy! ~Jezter Detroit aka Mark Preston 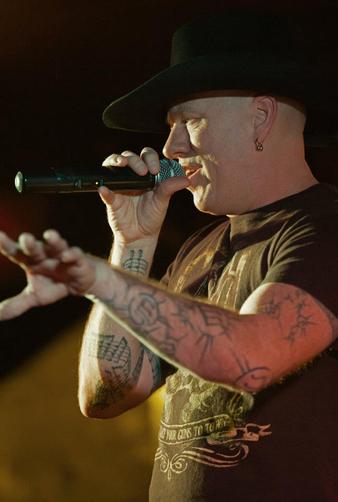 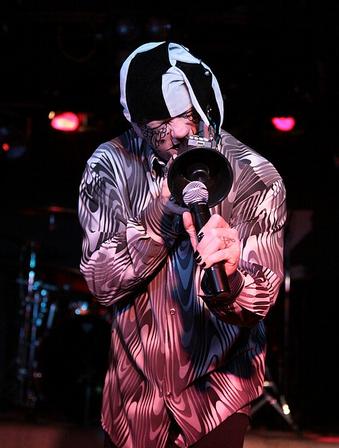 I'm proud to announce my freedom from myself.

I love to perform.  Currently, I perform with SOOT and RED SNOW, but have performed with many many more. 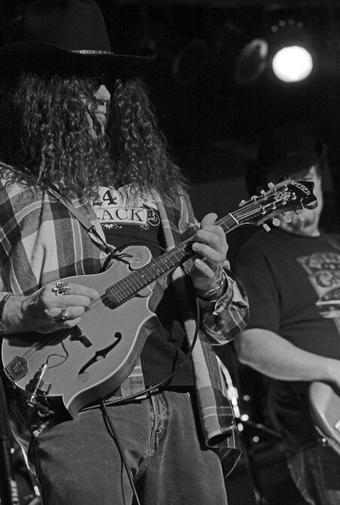 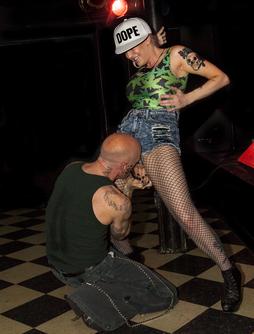 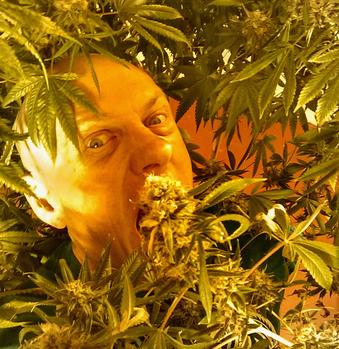 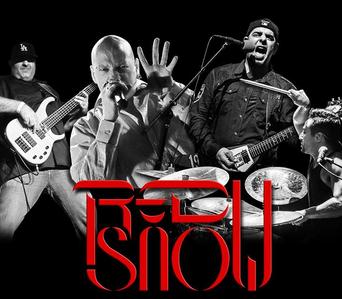 I have no fear of the stage, no matter if it be music, stand-up comedy, or acting. 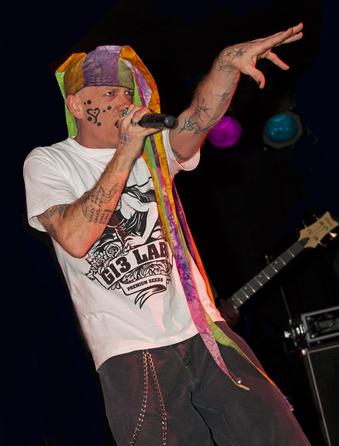 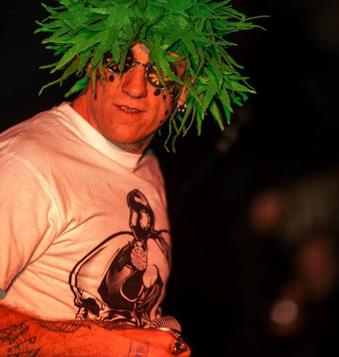 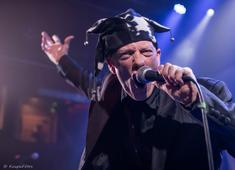 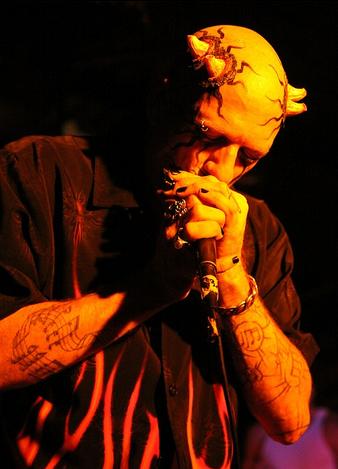 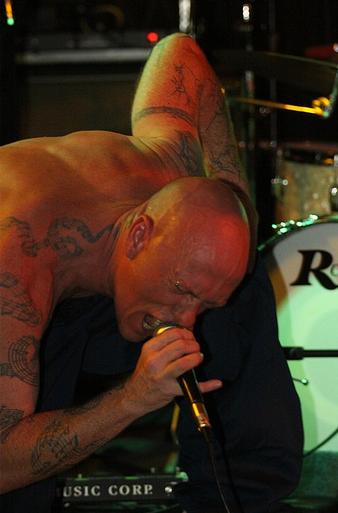 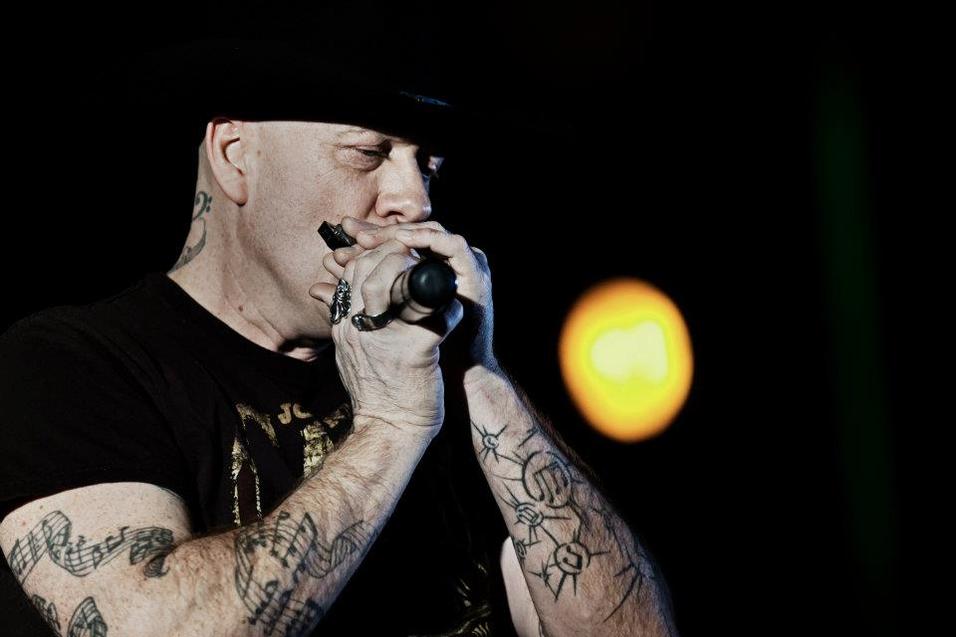 I also play some instruments.

I started with a harmonica, then to guitar, bass, congas, mandolin, and fiddle.  I'm also planning to learn more including the saxophone and pedal steel guitar.

VOCALIST JEZTER was awarded the Outstanding Rock Vocalist Award at the Detroit Music Awards in 2005,

and has had NUMEROUS nominations with most of his previous bands [...]